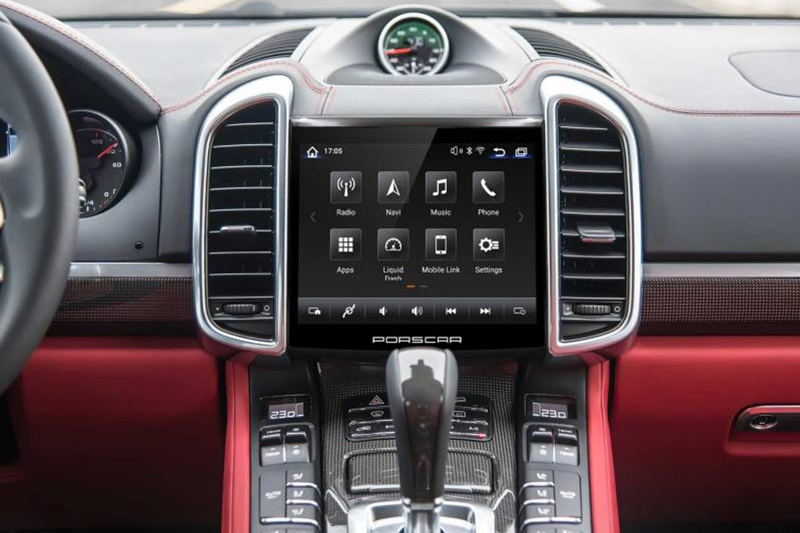 Before CarPlay, many cars supported using USB or Bluetooth to connect to your phone and play the audio content, but the interface was made by each car manufacturer, and most of them were russet and poorly designed. In addition, traditional USB and Bluetooth connections usually only have sound and playback controls, which don't project the phone's interface onto the car's screen (there are, for example, Mirror Link and AppRadio, but few fans). CarPlay does not simply copy the iPhone interface directly to the car screen, but requires mobile apps that support CarPlay to adapt the functions to be displayed on the CarPlay interface according to the characteristics of the car screen: reduce the amount of information presented, simplify the interface level, and enlarge the interface elements.

Of course, the interface style is still very iOS. Third party mobile apps that support CarPlay follow these principles and specifications. After 2016, most of the new cars launched by traditional car companies support CarPlay, and the Android camp also launched similar technologies, such as Google's Android Auto in foreign countries and Baidu's CarLife in China. After 2017, most of BMW's new models support wireless CarPlay, while Alpi, Pioneer, Kenwood and other manufacturers have also launched rear-loading machines that support wireless CarPlay. Since 2019, car manufacturers other than BMW have also begun to support wireless CarPlay. It is believed that wireless CarPlay will become the mainstream standard of new cars in the next few years. "Emerging car makers" do not support CarPlay or Android Auto or CarLife at present, probably because they are worried that users will use navigation provided by mobile phones in cars through CarPlay and other means (instead of the original vehicle navigation), which will lose some opportunities for Auto manufacturers to develop autonomous driving to collect data. It could also be that they think their navigation, music, audio books and other apps are better than CarPlay, or at least not worse, and that it's okay not to support CarPlay. However, the current situation is that both new and old car manufacturers have a very rudimentary app ecosystem (few developers develop apps for them) and are incompatible (no sharing ecosystem), so carPlay-like projection technology is still the best way to bring the audio content that users use daily to the car. That said, unless automakers can provide an app ecosystem similar to CarPlay's, there is a definite loss of user experience. In addition, even if CarPlay's popular music, audiobooks and navigation apps, which are as stable and interactive as CarPlay's, are pre-installed or can be installed by users themselves, users still have to log in to the car once more, and the reliability of cloud synchronization of various content and playing progress between the car and the phone is also a challenge.